News Facebook
14 April 201714 April 2017 odv73 3807 Views curiosità, curiosità veneziane, nizioleti, ponte de le Maravegie, venezia
The Bridge of Maravegie  deriving its name from the family “Maraviglia” who lived in the house on the corner.
The Legend, more interesting, instead says that in front of the bridge lived a family with seven daughters, six beautiful, and one Marina, not so pretty. The house was often visited by a young boatman, that one day  fell ill. He thought the cause of this bad  was the curse of the young woman. So on a holy Friday he decided to go in that house, knowing that the woman would have been alone, and get his revenge. But, there on the bridge, got stuck, thinking about what was going to do, and in that moment he saw, through the window panes, Marina kneeling in front of a crucifix. 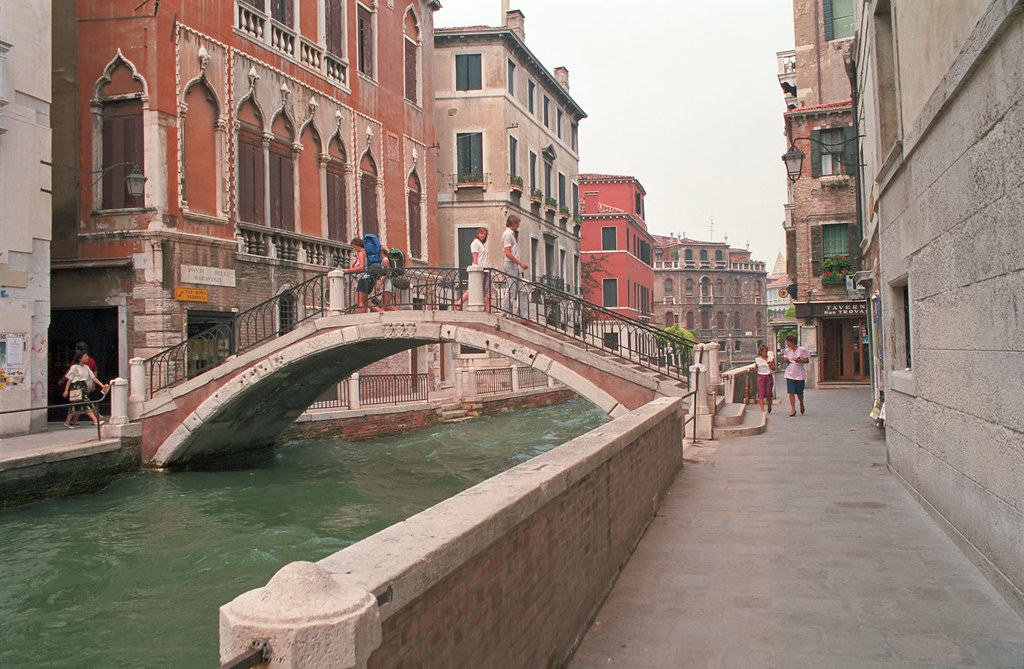 Turned his eyes to the sky to see six-star burns up in the shape of a wagon, and a seventh, smaller and dim that preceded them. A moment later, however, those most luminous lost their light, and the only star remain took more and more strength and splendor.
Set aside the idea of revenge, the young man went into the house of the girl and found out that Marina, secretly in love with him, praying to the Almighty to give her the disease of the man she loved.
So he healed and married the young.
Another legend see instead the bridge built in some miraculous way in one night. In the morning they brought  the materials to build it: the next morning the materials were gone and in their place the bridge was there out of the blue.
Share This Post: