Miss Peregrine’s Home for Peculiar Children is the debut novel by American author Ransom Riggs. It is a story of a boy who, following a horrific family tragedy, follows clues that take him to an abandoned children’s home on a Welsh island. The story is told through a combination of narrative and vernacular photographs from the personal archives of collectors listed by the author.

This young adult book was orig

inally intended to be a picture book featuring photographs Riggs had collected, but on the advice of an editor at Quirk Books, he used the photographs as a guide from which to put together a narrative.Riggs was a collector of photographs, but needed more for his novel. He met Leonard Lightfoot, a well-known collector at the Rose Bowl Flea Market, and was introduced to other collectors. The result was a story about a boy who follows clues from his grandfather’s old photographs which lead him on an adventure that takes him to a large abandoned orphanage on a Welsh island.

The book has been a New York Times best seller. It reached the #1 spot on the Children’s Chapter Books list on April 29, 2012, after being on the list for 45 weeks, remaining there until 20 May, when it dropped to the fourth spot on the list. Critics have generally praised the book for creative use of vintage photographs as well as good characterisation and settings.

As a child, Jacob Portman listened to his grandfather Abraham’s stories about living with peculiar children in a special children’s home run by Miss Peregrine, their mentor. As Jacob grows older, he doubts the stories until he visits his injured and dying grandfather and witnesses a strange, humanoid creature only he can see. Abraham tells Jacob to “… find the bird in the loop on the other side of the old man’s grave on September 1940, and tell them what happened.” No one believes Jacob’s account of an invisible monster, and he is believed to be going crazy. His parents take him to Dr. Golan, a psychiatrist, who suggests that Jacob go to Wales, the location of his grandfather’s children’s home. Jacob finds the home deserted, so he seeks information from the local people, including workers at the Cairnholm Museum.

During another search of the children’s home, Jacob encounters a mysterious girl whom he follows and questions. They reach the bogs before Jacob realizes that the inn and people are quite different. The drunken patrons are suspicious and chase Jacob. The girl, Emma Bloo 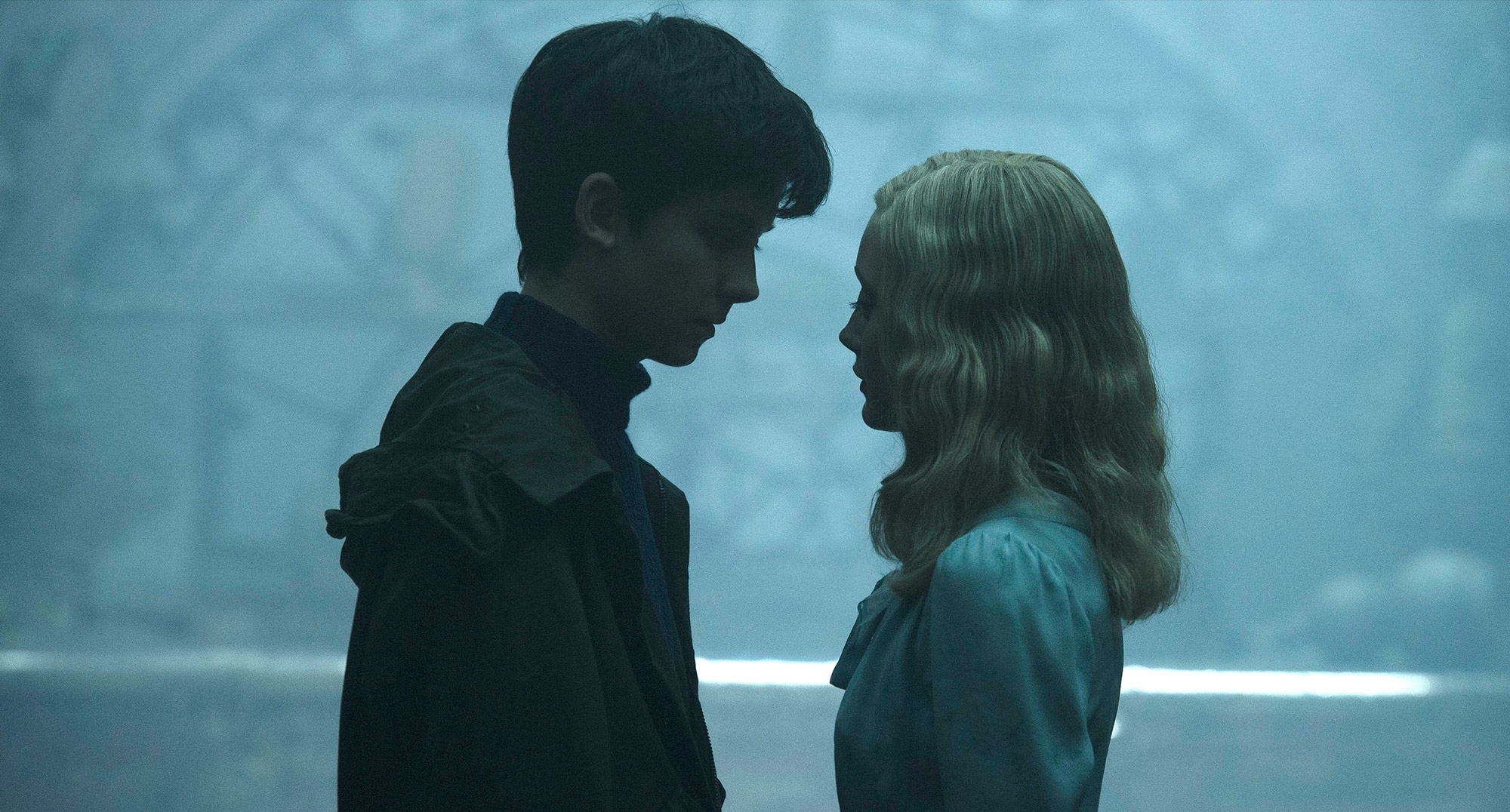 m, and an invisible boy named Millard Nullings rescue Jacob and escape with him to Miss Peregrine’s children’s home. There Jacob is introduced to other peculiar children. Bronwyn Bruntley has amazing strength and Claire Densmore has a mouth at the back of her head. Emma and Millard tell Jacob they exist in a time loop, reliving the same day forever due to Miss Peregrine, who is an Ymbryne. Ymbrynes can create time loops. She explains that hollowgasts — humanoid, tentacle-mouthed creatures like the one that killed Jacob’s grandfather — are a threat to all Ymbryne-run orphanages. She also explains that the hollowgasts are the result of a failed immortality experiment in the Siberian tundra, which was marked by a cataclysmic explosion. Miss Peregrine tells Jacob, that he, like his grandfather, has the ability to see the hollowgasts.

Jacob notices that the peculiar children use their powers to entertain crowds. He meets Enoch O’Connor, who uses hearts from other creatures to temporarily restore life. Enoch introduces Jacob to Victor

, who lies dead in his bed, killed by a hollowgast before the start of the series. The wights, who have evolved from hollowgasts, hunger for power from the peculiars. Jacob, Emma, Bronwyn, Enoch, and Millard go into an ice house where a deceased man, Martin, lies inside a lidless ice coffin. Enoch uses a sheep heart to briefly bring Martin back to life. Martin tells them that a wight killed him. A wight then appears behind them and reveals that he is Dr. Golan. Jacob decides to stay in the time loop so that he and his companions can escape from Dr. Golan. They are pursued by Malthus, the hollow that killed Jacob’s grandfather. After leading the hollow away from Emma and the other peculiar children, Jacob manages to kill it with a pair of garden shears. They th
n make their way back to the orphanage, but discover that Dr. Golan has kidnapped Miss Peregrine.

Dr. Golan warns them not to attempt to rescue Miss Peregrine. Still, Jacob and his friends believe he is bluffing and follow him. When they find Dr. Golan near a lighthouse, he shoots Millard but only wounds him. They see Miss Peregrine and Miss Avocet, another Ymbryne, in their bird forms and trapped in a cage. Jacob and Emma follow Dr. Golan. When they corner him, he throws the cage into the sea. Jacob shoots him, and Golan falls into the darkness. Jacob and Emma follow the bird cage underwater and see a U-boat. They recover the cage and bring Mi
s Peregrine back to shore, but Miss Avocet is captured by the wights and taken away on the U-boat. Jacob and his companions realize that Miss Peregrine cannot change back into human form. Returning to the orphanage, they find it destroyed, leaving them having to track down the wights and discover how to help Miss Peregrine. Jacob travels back to the present to say goodbye to his father, but promises to return when his mission is finished. Jacob and his companions set sail to track down the monsters.